Growing up in the Deep South meant dealing with the heat in summer (well actually, from March through October in Alabama.) When we moved north to Virginia in 1974, I thought surely we had left 90-90 temp-humidities behind. But it’s feeling a lot like ‘bama in the Commonwealth this summer, and this has led me to consider that, once upon a time, Southern Americans employed evasive measures against the heat, and coped admirably with less grumbling and in greater relative comfort than today–even in the years before conditioned air. 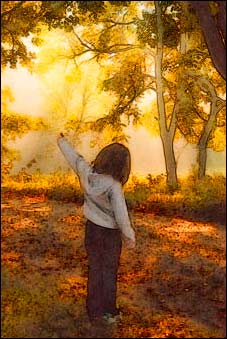 Back then, southern folk drank iced tea (pronounced as a single word, “ahstee”) often holding the sweaty drink to our jugulars or temples to cool our brains. We sat on the ubiquitous screened front porches along elm-shaded streets to enjoy the relative coolness of an evening. The motion of the glider, porch swing or rocking chair often created the only stir in the thick, watermelon-and-zoyzia grass-scented air. As a floor-dwelling toddler, I remember a single oscillating fan, black, with whirling metal blades barely shielded by a sparse grillwork, it animal-like and perpetual looking right-left-right motion a source of amazement and one of my first memories.

The vents in the dashboards of our cars worked only when the car was moving and those little side windowsÂ  deflected tepid air onto our moist skin. Once, taking personal thermoregulation into our own hands on a vacation to Florida from Birmingham, we stopped at the Ice House in Woodlawn for a twenty-pound block of ice. It melted for hours right under the vent, cooling us as it puddled into a galvanized tub at my mother’s feet on the passenger side.

We had a roaring fan in the ceiling that, when you turned it on, sucked doors closed and lifted my hair and the shirt on my back gently towards the attic. My brother and I delighted in waatching balloons bump along the hardwood floors into the hallway and rise suddenly to be sucked tight against the louvers. We slept April til October with the cool night air filling the house the next morning, when the oscillator came on duty to blow the coolness around during breakfast.

We were far more thermally resilient in hot weather in those benighted days before humankind’s technological mastery collapsed our thermal tolerance to a mere few degrees hovering around the “ideal” 72 on which we now insist, 24/7.

Stan Cox, Senior Scientist with the Land Institute in Kansas, in his June 2010 book entitled Losing Our Cool: Uncomfortable Truths About Our Air-conditioned World, offers a host of facts to support the notion that we should rely less on the AC in coming decades. He tells the reader some surprising ways indoor climate control has changed American culture, politics, and even frequency of sex, and suggests that we can adopt more adaptive, less consumptive ways of beating the heat.

In a half century, our relationship to AC has come to resemble the dependencies of an addiction. Cox doesn’t argue that it’s immoral to be comfortable, but our shrinking comfort zone does have costs we should consider.

Today, 92% of new American homes are air-conditioned, and most of the electricity to produce our cool air comes at the expense of Appalachian mountaintop coal, hence the paradox: greater indoor climate control contributes to an outdoor climate out of control. Many of our politicians have the distorted notion that turning up the air-conditioning is the answer to global warming.

Our thermal tolerance has shrunk and adult and child alike have flocked to the Great Indoors, and our health is suffering. Kids are little exposed to friendly soil bacteria and nematodes that apparently “train” the immune system, and “nature deficit disorder” afflicts our denatured, thermally-sheltered young people. Even the obesity epidemic is compounded by our sedentary encampment inside in our Goldilocks, “just right” thermal bubbles.

Living in a less refrigerated society in coming decades may be both desirable and necessary, but for now, air conditioning is the water we swim in. It’s all around us, and we rarely think about it. Maybe we should and I think I will–from the front porch swing, with a folded newspaper fan and a big sweaty glass of ahstee.