↓ Skip to Main Content
Home › HomeAndHearth › From the Soil › Gentlemen, Start Your Engines!

fred Posted on April 8, 2013 Posted in From the Soil, seasons 4 Comments 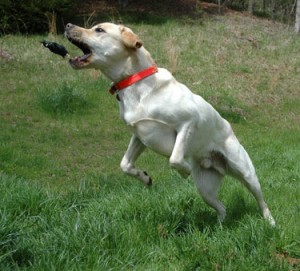 And good luck with that.

The annual day of the Cussing of the Small Engines has finally arrived. Hi Ho Hi Ho It’s off to Earth I go. To the rectangular gardened part of her, to be precise.

And I’m prepared for the agony of man against nature, here at the barren beginning of the thankless months of preparation before our soil finally warms enough by the first week of June to throw me a beet for the labors that start today.

I’ll be ostensibly cranking up my Stihl tiny-tiller for its first test against the over-winter cover crop of winter wheat. To give it a fair shot of breaking that up, I’ll have to crank the mower for the first time since October, and crop the wheat as close to the ground as possible–a task made more difficult by the profound unevenness of the soil.

A platoon of moles have done excavation work that would make the Mexican border crossing’s subterranean status look positively solid by comparison.

Local word has it that this is going to be a terrible year for Japanese beetles–that predicated on the common observation at yesterday’s Organic Gardening and Wild Foods gathering that the moles this year are more prevalent in our soils than ever as they, totally without malice of forethought, go about their work of finding and eating grubs that fall into their dark tunnels.

They will also, inadvertently I have to keep reminding myself, expose the roots of newly-planted tomatoes, sprouted snow peas and foot-tall climbing beans to the dry, nutrient-empty air, and so much for all that kneeling and bending and visions of sugar peas dancing in my head.

I’ve read that an (not inexpensive) application of milky spore to the soil will kill the grubs and send the moles to happier hunting grounds. I’m off now to think about that while I muck about the cold, muddy, lifeless garden compound, trying my best to imagine that, one more year, we will win some, even as we lose some.

But in the end, win or lose, a guy could do worse than to lean on a hoe of a late spring morning in the gentle heat of a new day and take part in this grand and terrible pursuit of body heat, vegetable nutrients and the flavors of summer.

4 Comments on “Gentlemen, Start Your Engines!”