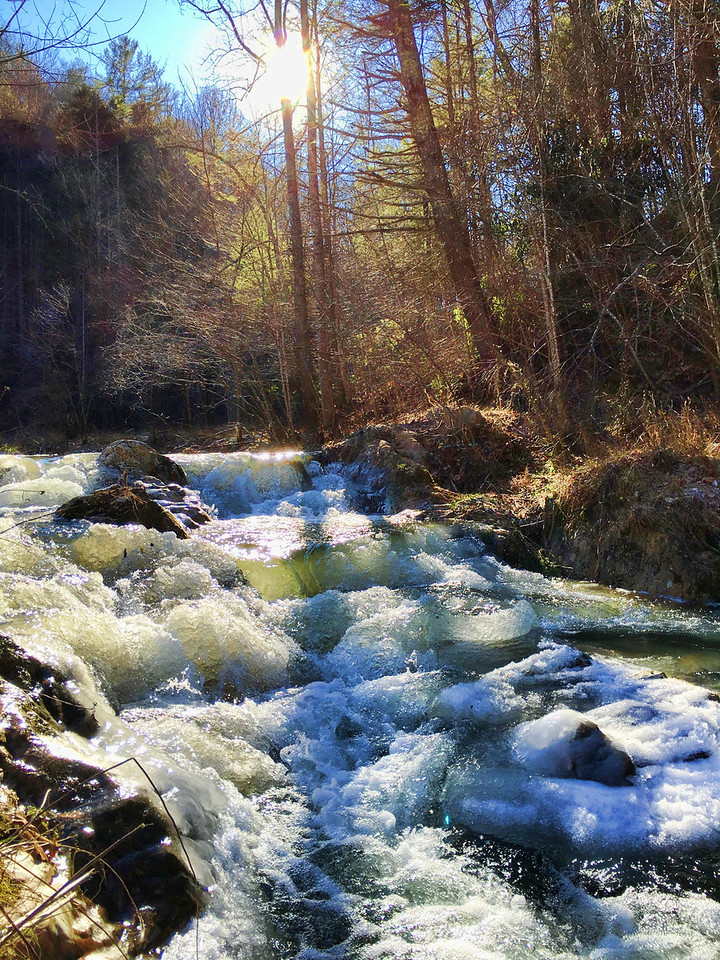 Not that I’m complaining. The wood pile has only recently begun to take a very serious daily (and especially nightly) hit. Now the season isÂ making up for a slow start-up.

There is a mixed excitement and dread facing the imminent “potentially extraordinary El Nino-fueled winter storm.”Â [what are they calling this one, btw?]

Three feet of snow (which some predict as possible) will make life nigh impossible for many farmers in Floyd County. It will prevent emergency travel for all,Â especially those of us on the very back of the back roads.

Some folks will have failed to appreciate the potential severity and duration of such a storm and will run out of milk and bread, of course, because we all know a body needs far more of these grocery items when it snows. But running out of fuel or having pipes frozen or the power being outÂ [a very likely expectation] can be severely quality-of- life-threatening at the least for the elderly and ill.

Snows of 30 or more inchesÂ will crush some old outbuildings and barns. The good news is that, cold as it will be during this event, a heavy wet snow is not likely in the NRV. Â But three feet of powder would be heavyÂ enough. Just shoveling a path to the wood pile here would be done a foot of shoveling followed by a half hour thaw inside.

You might have noticed: My cameras are gathering dust in the absence of the usual snow and ice shots that dominate the typicalÂ frozen-water features from early December until Mud Month.

Three feet of snow is a photographic subject I’ll be shooting from the relative comfort of the front porch–hoping that the roof over me holds firm.