We have come to St. Louis of all places in July — never at the top of my list for places to go in the summertime anymore than my hometown of Birmingham.

We had intended to get here a few days before the birth of our second grandson on July 2, but the baby was born a week earlier by choice, so we got here after-the-fact.

I’m finding that dictating into the iPhone is easier than trying to type into the iPad, but it takes a little getting used to.

I’m going to see if I can load a picture of the new grandbaby, named Oliver Samuel first. Maybe I’ll find the opportunity and the energies to be more creative sometime later in the week, no promises in this heat. 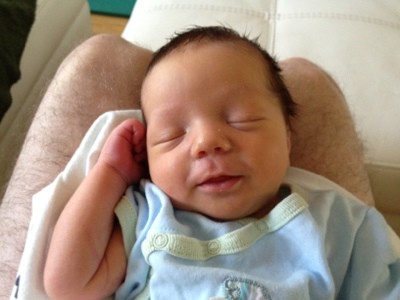