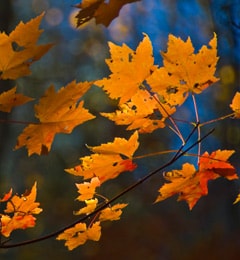 That autumn comes once more is written in the stars, a matter of cosmic routine, and we, every one, aware or not, actively or passively become part of that ancient orchestrated cosmic choreography.

The first tendrils of wood smoke from the chimney on a September morning and the green and red and gold Mason jars of summer’s produce in the cellar are signs that those within this household have believed the signals that have told us since early August: it is time to make ready.

We join the procession, the turning of the great wheel that will keep the sun low in the south for six months, to give the other half of the world’s creatures their spring. It’s only fair. Now, we relinquish our long days and summer wardrobe to the autumn alchemy that will transform toad and tulip poplar, cedar waxwing, goldenrod and wing stem, raven and rat snake, and us to our winter selves, whatever movement or metabolism that might require. To all of our fellow creatures who share our local habitat and calendar–see you on the other side.