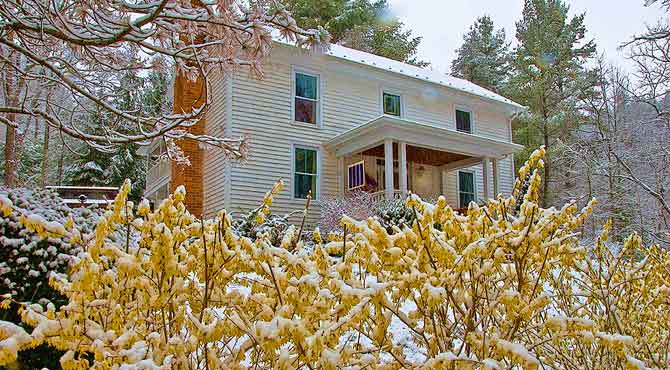 I just ran across this image from late March 2011. It tells me two things.

First, today’s surprise snow storm is not uncommon for this time of year.

Second, as I have contended elsewhere, we are about 10 days behind our usual first-bloom date. The forsythia has not even begun to bloom yet here on March 25.

You probably know by now that there is a snow-hurricane setting up over the east. It is a super-storm of the intensity of Sandy, but smaller and hopefully out to sea at its worst. [You need to be current on this if you have family on the roads today–or at an airport up East.]

Were schools closed in time to keep the buses off Floyd County roads today? If so, yet another academic day missed. They’ll be making them up until what—Fourth of July?

[su_note note_color=”#bad5eb”]There are some very basic galleries now in place on the First Impressions website. I will be adding numbers to them, as well as adding many themed galleries in the coming days. Check back often![/su_note]