The Weather Outside is Frightful

Usually by this time we’ve had a skiff of snow or two; the upper pass is off limits because of the infamous Blue IceDome of Death; and I’ve gotten a few dozen images from frozen formations on the creek.

This year so far, none of that. 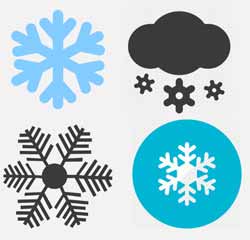 We still have lots of greens growing in the garden and the curly mustard is even starting to bolt. What’s up with that? Will we (or those who come after us) someday be having a year-round garden here in the upper South?

Meanwhile, will anything of value to those someday-people on Goose Creek happen in Paris or any other major city? But maybe there are weak rays of hope in this warmer-than-usual December of the warmest year since humankind has left its large and larger footprint on the planet:

“Perhaps, when 10 of the largest oil and gas companies sign a letter calling on world leaders to sign an effective deal at the international climate negotiations in Paris in December, progress is being made. In a statement that will likely surprise many, the CEOs of these 10 giant fossil fuel corporations state that, “we will continue in our efforts to help lower the current global emissions trajectory,” as they apparently commit themselves to ensuring a “2Â°C future.”

I am hopeful at times, briefly. I imagine but probably won’t be around long enough to see a true turning point, much less the passing of a millennium during which seasons settle back to something like what our generation used to know, to be able to predict, to change wardrobes according to calendars, and plant our gardens, May through October.