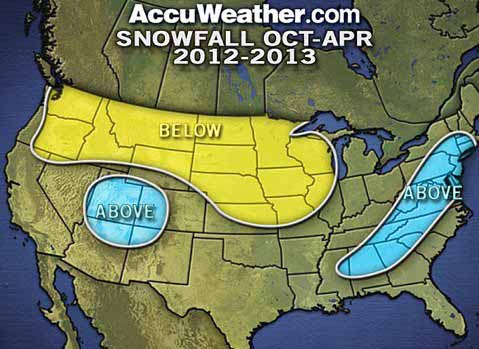 So they say: a wet winter for us in the Southern Mountains. But first…

We’re expecting temps in the 60s this weekend–the “January thaw” at which so far, we’ve had cold but not much moisture.

Floyd County ended the rainfall year some 9 inches (about 25%) behind “the norm”–a term which has little meaning except for nostalgic purposes. I fear for what may happen to our water table (again) if we don’t get the promised ABOVE AVERAGE rainfall. We’re starting the year way behind. I’d be just as happy (except for photo-aesthetic purposes) to see just rain, but snow if you must.

And whatever moisture deficits we’re running in the east, the west can apparently look forward to far more of the same extreme droughts and shifted patterns they experienced in 2012.