↓ Skip to Main Content
Home › HomeAndHearth › Subaruâ€”Sunny Side Up 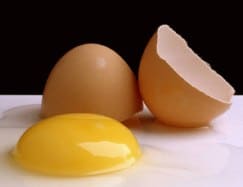 It was miserable, cold and wet. The wind made the umbrella in my hand a pathetic symbol of shelter from the storm.

It would soon be time to take the dog to “puppy camp.” I had made a quick trip over to the barn to shut the chickens in their pen before we left for town.

Oh, there’s an egg. We’re not finding many these days, so each is treated with special care until we can build back enough to make another pound cake or some-such. One brown egg rested in the nesting box of the house that late afternoon. I cradled it gently in my hand rather than putting it “temporarily” this time in the pocket of my jacket or vest until that awful, gooey crunch reminds me that I’ve forgotten it there.

I carried the egg carefully across the creek on the wet plank, umbrella worthless in the blowing rain, and made a point to glance in the back of the car on the way past to be sure the hatch space would be ready to contain the dog for the agonizing, whimpering, half-hour drive to town.

Curses: there’s the laying crumbles we got yesterday at Ingrams, I muttered to myself, still cradling the one precious egg in my hand, happy by then for the warmth. I’d better get that feed over to the barn now, a pox on the rain and the wet plank, drat the infernal chickens, it was almost time to go.

So I set the egg carefully on the front seat of the car and hoisted the fifty pounds of feed on my shoulder. Crossing the rising creek, I side-stepping carefully up the slippery bank and pulled open the sliding doors on the back of the barn. Inside, in the near-dark but out of the rain, I dropped the heavy load into the container where the neighbors, who will feed the birds in our absence, can find it.

Forty five minutes later, the dog’s wagging rear end disappeared through the door at the Animal Care Clinic for his two night stay. We would soon be on our way out of town for the weekend.

As I slid back into the car to make a few quick stops in town, and in an instant of horror, IÂ  saw it: the big brown egg I’d been incubating, sitting in the angle of the driver’s seat behind me, perfectly intact. I looked around to see if anyone was watching, so I could explain that I do not intentionally drive a car while brooding an egg.

What should I do with it? There: it rested comfortably in the leather sling around the gear shift. I made certain there was plenty of room in all forward gears; I’d see it there when I got home. And off I went to Slaughters for a few groceries. I turned the wipers up a notch and made sure my lights were on in the deepening gloom of cold rain.

Free of my dog duties and groceries now in the back seat, I turned to look behind me as I backed out of the parking space. And all the king’s horses and all the king’s men…I hadn’t tested my egg’s parking place for space tolerance in reverse.

So there it oozed, shattered shell and slimpy liquid egg, in the cradle of my stick shift–in the parking lot, in the rain–and Humpty had experienced a great fall.

If the opportunity presents itself, you’ll find that a broken egg defies any attempt to be lifted with the hands. It holds together just enough by viscosity alone to make you think it possible, but then it oozes like a shape shifter between your fingers, wet, thick-slick and disgusting, running down toward your elbows.

I wished I was invisible as I trotted back and forth from the car to a trash can near Slaughter’s sliding doors with this small calamity in and over my hands. With the driver’s door open, ignition still on and headlights blaring, the wipers mocked me: Id-iOT, Id-iOT, over and over, rubbing in the certainty I would eventually have to confess this story.

I mopped up the whites that had slithered down onto the floor mat with a hand towel from the back seat, always there waiting, as if destiny would someday ordain just such a micro-crisis in the gear shift sling of the Forester.

But not to worry. Our young B-string hens, here in their second month, have started laying, just yesterday. Their eggs are the size of grapes. So our next pound cake may be on the far horizon, just in time for Christmas.

5 Comments on “Subaruâ€”Sunny Side Up”