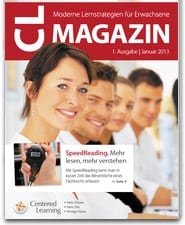 I now have a day job. It won’t make me rich. It beats being a greeter at Walmart.

It may not keep me out of trouble. It will help a friend. It (and the Music Festival, and Earth Day, and Floyd TEDx, etc) will postpone any creative writing through what remains of the long nights of the cold seasons.

About that book I thought I was writing…

As chance would have it, I met Tom in a committee context. Turns out he is both a geek in the best sense of the word, and a near neighbor, as the crow flies.

And now he is a friend and an employer.

I’ll tell you more about that work, vaguely at least, until the launch of the American product. Generally, his work is on learning how to learn. The subject of my current “work” is not far from my life-long learning passions, as a few of you have followed over the past decade.

Tom’s clientele and income has been centered in his home country of Germany. I’m helping him Americanize his web page and video scripts after a German gal does the translation into literal English, though it might not be the way we actually express ourselves in spoken English.

If you click the image, it will take you to the App Store download site for the brand new German edition of the Centered Learning iPad app. That free app will be pointing towards the website which will point towards the for-purchase eventually in-English program offerings that include many videos. All that needs to be in place very soon.

So I’m having to stay somewhat focused on this work, even while life goes on and Gandy and SWMBO continue to demand attention and obedience.

That said, you’ll understand when I miss more blog-posting days than usual. No need to worry about idle hands, both of which are more or less working, now that the second hand surgery has healed.