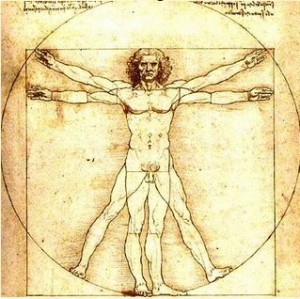 Last night in my dream I was late to class–for an exam, no less. (This panicky disorientation is a recurrent and rather universal dream motif, I understand. I was however, far as I know, wearing pants.) The class was under Dr. George Folkerts, mentor and friend, from Auburn University. Since George was a taxonomist and naturalist for whom I had the utmost respect and admiration, I trusted that this was somehow a part of his academic plan for us that the first question said: “Write a Facebook profile for Leonardo DiVinci.” When the bell rang to end the test, all I’d written for “appearance” in Lenny’s profile was “two pair of arms and legs, movement in the frontal plane only, crazy dancer.”

Heck. Fragments on the Kindle won’t make me rich. It’s the graphics, apparently, that make the web site unsuitable for the new media. But The Kindle Blog Report otherwise was kind(le) enough in their write-up about us, though you’ll have to stick with old-fashioned monitor viewing (or did I mention it is now formatted for viewing through your smart-phone?)

The Source Water Protection Plan for Floyd County (particularly the town of Floyd initially) is now up on the web. A half-dozen of us worked for a few months with the guidance and assistance from J. P. Gannon, Virginia Rural Water Association, to begin to look in detail at the county’s water geology and ways to assess and maintain an adequate quality and quantity of this important resource. Look especially at the MAPS and PLAN tabs for more. And note the header: Nameless Creek to the left, Goose Creek to the right.

I started Fragments from Floyd in Private mode in March of 2002 just as my physical therapy life was ending (it didn’t, quite) and my writing life about to begin. On the eve of my eighth blogging anniversary, I’d have a hard time writing out a statement of mission and purpose for the 9th year ahead. Without blogging, would I still write every day for my consumption alone? Without writing every day, would I fall out of love with words, with the images that create them? Would I lack purpose to stay mentally active and interested in the wide variety of topics that I mostly read, aggregate and never write about publicly because the topics are too esoteric, too complex for the 45 second read or too politically charged or “off brand” for what this blog has become in the minds and expectations of those few who still visit more or less regularly? What do I want to be when I grow up as a writer-blogger, essayist-storyteller?