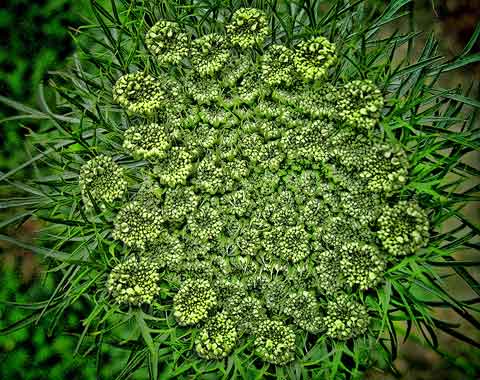 â–¶ Twixt the debil and the deep blue sea: Choose your poison. Try to leave our house going east to reach the hardtop, the bridge is out all week for extensive repairs. Try going out west—and even worse, coming in from the west, and prepare to meet a tandem logging truck full of tree trunks on a single lane (let’s call it what it is–dirt, not gravel) road with no place to pass unless YOU back up a couple of hundred yards around blind curves and zero shoulder with the creek a dozen feet below.

â–¶ Disturbing the peace: With regard to the same logging trucks and their associated activities: we have had more noise in the past two months (since the Boone place burned to the ground) than in the previous 13 years. My piece is severely disturbed. And my guess is that we will never have the same peace and quiet we’ve grown used to when the nearest house was only infrequently occupied by octogenarians from Richmond.

â–¶ Freezer burn: I think I mentioned that, after a week without power, when it finally came on last Friday, the refrigerator came back on but did not cool. Sears guy came Tuesday, fixed it in less than an hour, and–miracle of miracles–there was no charge because the 10-year-old Whirlpool side-by-side was still under warranty. We reloaded it with what food did not spoil during the prolonged power outrage, plus a good bunch of cukes from the garden, some eggs and such. We just discovered that every bit of stuff in the fridge has frozen. The repairman set it to its coldest setting, and there is not enough volume to take it. So into the compost go all my hard-won future pickles. Not been a good fortnight in the food preservation department.

â–¶ Good grass: Very happy with the suddenly-this-summer availability of grass clippings. We have a new mower with our first-ever rear-bag on our third (since 1981) Honda self-propelled. I’d say we’ve put 500 pounds of green organic matter into the garden, first as mulch and then as composted tilth for a plot of soil that needs another few years of such attention (along with cover of winter wheat and scatterings of buckwheat in any empty summer square footage.) The earthworms are very happy this year!

Image caption: the carrots have gone to seed. I sort of like the looks of the Queen-Annes-Lace progenitor standing tall in a space I don’t need for anything else. Yet. Soon, the autumn garden will evict the carrot-tops.