[su_heading size=”14″ align=”left”]OneNote to Rule Them All[/su_heading]
On the geek front–which I’ve tried to avoid here but will tend to elaborate more in the future at the other site: I am all giddy over the recent announcement that Microsoft will be giving away the new OneNote for Mac this month. I’ll tell you why that matters (to me at least) but I’ll spare you the details here. (2014-03-15 now a longer elaboration on this at LE&E.) 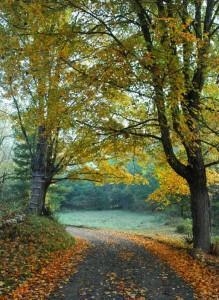 Due to recently discovered but as yet unexplained missing note card stock (several hundred cards) I won’t be going forward just now with my plan to make them available by doing the fulfillment myself. I am looking into options like Etsy or Cafe Press for a storefront and one of a couple of local printers to print and ship. I apologize for creating expectations I could not meet. Such is life. The image site, First Impressions Photography, lives on.

[su_heading size=”14″ align=”left”]The Body Electric [/su_heading]
I used to tell nursing students that “one day, text books will no longer say it was impossible to regenerate lost body parts or organs.” My speculation was based on what we were learning then about the role that electric fields and magnetism play in the process of growth and repair. This recent work is promising that we will someday be able to orchestrate regeneration and repair in “The Body Electric”–a very interesting and prescient book by Robert Becker.
WATCH: Scientists ‘herd’ cells in new approach to tissue engineering

[su_heading size=”14″ align=”left”]Fukishima – Year Three[/su_heading]
To no one’s surprise, the tragedy and truth control continues in Japan three years after the March 11, 2011 tsunami and its aftermath. I forgot–until being reminded by this New Yorker retrospective of that nation’s nuclear nightmare.
READ: Japan’s Radioactive Nightmare : The New Yorker

[su_heading size=”14″ align=”left”]Shopping Malled[/su_heading]
It was fifty years ago when the first dozers began clearing and leveling the wooded ridges near Crestwood in Birmingham that I began to hate shopping malls. One had the audacity to promise perkily “The Trees Will Be Back!” Bradford pears is what we got. Well those paved-over places where you go to spend money you don’t have on things you don’t need are going belly up nation-wide. There are many reasons. What is to become of the one nearest where you live (and used to shop?)
READ: Are Malls Over? : The New Yorker

1 Comment on “Creek Jots ~ Almost the Ides of March”