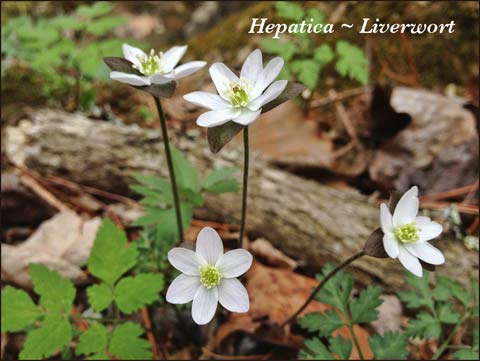 â–¶Â First off, let me say the the doctor discounted the sudden lesion I reported yesterday as being related to or resulting from a tick. He called it a skin infection (one odd-looking puncture wound?) and put me on Doxycyclin–which is the same med that would be effective against Lyme Disease. So we’re letting sleeping ticks lie. I was not comforted when he said that the arm pit was “an unusual place for a tick to be.” I’d put it right up there with behind the knees and in the groin area. Makes me think he’s a city boy, though we talk gardening every year at my annual checkup–which until now has been the ONLY time I see him; and I want to keep it that way!

â–¶ Spring is coming on with a vengeance now. Yesterday, in addition to several wild flowers appearing in first bloom, we saw four snakes. Ann saw two snakes mating on a tree root that stretched out over Nameless Creek.

â–¶ If you have not yet marked your calendars for the Virginia’s Blue Ridge Music Festival events (May 29 to June 9) you need to do so soon. Last night’s performance was incredible. AnnÂ especially liked the last piece–one written by maestro David Steward Wiley as part of the soundtrack for a locally-produced movie called “Lake Effects.” It was quite haunting.

â–¶ Last reminder that Floyd’s Earth Day is tomorrow. Even if you only come because you’re curious about what an “eco-village” is, we’ll be glad to have you. Here are the details. I’ll be speaking as part of the “Ecology of Floyd” panel discussion (five minutes, promise) on “getting back to nature”–as my topic has been billed. Â So we must have left nature (as if that were possible.) We must want or need to get back. So there must be a way. What’s that all about, anyway?

â–¶ Lastly, as if there were any doubt, dogs are man’s best friend, and they leave their mark on us–by tongue and by paw. NPR Â Microbes we get from our dogs.

CAPTION: Hepatica is in bloom everywhere now. Unfortunately, as is the case for other wildflowers like Bloodroot, the blooming flowers and the new leaves happen at different times, so it’s hard if not impossible to get both new blooms and new leaves in the same composition.