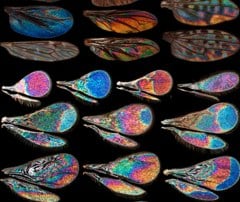 Modes of transportation: walking that feels like swimming, pushing against a heavier-than-air substance that is the atmosphere sodden and scorching in the July heat. Standing still, the dog paddle. Getting to and from the mailbox, overhand freestyle. Watch that you don’t breathe deeply with the exertion, and gulp a lung-full of invisible Mississippi River water shipped east in a wet wind.

Proof that you are an idiot: the day you flew out of Greensboro and, after making final adjustments to your suitcase before sending it through baggage, you forgot to zip it back up, and spread your carefully rolled underwear across twenty feet of concourse behind you before you realized what you’d done. Knucklehead.

One of a swelling number of things I don’t get: how intelligent people can point to the weather and make pronouncements about climate, them, being the same folks who hear of an isolated study (let’s not even mention the researcher’s lack of scientific objectivity based who who funded the research) and leap to the conclusion that a single outlier study that matches their bias negates the other three hundred study data points that established the trend. Our general scientific literacy and lack of demand for valid measures may be listed as the cause of death on humanity’s toe tag.

Another thing that bugs me: I should have been an entomologist. I tried. My ent prof said “sure fine, but just know that your research at this land grant university will be funded by the people that make the herbicides and pesticides that kill the objects of your study. If you can live with that kind of financial parasitic dependence on Monsanto, you’ll be happy here.” Shoot.

Some reasons why I would have loved Entomology:Â Marvelous Destroyers: The Fungus-Farming BeetlesÂ andÂ Amazing World of Insect-Wing Color Discovered