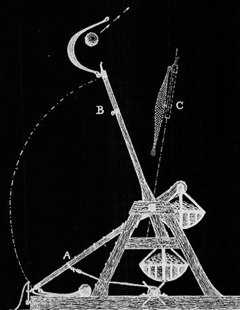 â˜ Â Unheard of: A january morning and we don’t need a fire in the stove. Last I heard, we will pay in February for our month-long January thaw. And we will pay wide and deep for warmer winters, hot summer nights, and turbulent and chaotic climate in the decades to come. We have made our bed.

â˜ Â Buck, the movie about the “real” horse whisperer, is coming to Floyd February 11. Â Read more at SustainFloyd.org

â˜ Â I got an “alert” from my mapophilic blogging buddy Gary, pointing out the revised imagery of our area in Google Earth. Dang. You can see the logging from last spring, the garden shed, lots of stuff not shown in overflights from a couple of years ago. These images are from Nov 2011, and zoom down to a much finer level of detail, even in our very rural part of the world.

â˜ Â Speaking of views, I have two for you. One is of size, the other, of landscape. Both are highly worth your time. Or at least they were worth mine.

â–¶ Scale of Universe – Interactive Scale of the Universe Tool

â˜ Â Why do blog visits fall off so precipitously on Fridays? Last week I had the lowest visitor count I’ve had maybe since the first year of the blog. And so I feel a bit foolish even bothering to post anything on Fridays. Most folks read from work. Is Friday the day they finally hunker down and get stuff done they deem even MORE important that blog reading?

â˜ Â The “task manager and general informational-organization” realm is one that for me is in constant flux. I don’t seem to be able to find any one online or desktop application that does it all. It MUST be out there. And so I have come back (probably temporarily) to SpringPad, which admittedly has come a very long way since I was a beta user several years ago. It is, like most, the kind of app that is hard to “get” until you invest enough time to pour enough stuff into it that make useful. I’ve also installed the Mac version of Producteev, and flirt with Asana, WorkFlowy, Checkvist, and Things. And I still long for the long-abandoned EccoPro that did it all. Imagine, the Mac version. Sigh.

â˜ Â Gandy is being incredibly good today, in SHARP contrast to the past few days–as if she finally GETS it. Frankly, I wondered if we were going to be able to come to terms. For the first time today, I caught her doing something she knew was wrong, and rather than be defiant she was repentant. Rather than biting, today she’s licking. Oh let it last!

â˜ Â I love it when the depth of language leaps out at you unexpectedly. Of all places, I learned a very OLD meaning to a familiar word from an episode of the TV series (LOST on NetFlix.) Some of the characters were building a medieval-looking seige-engine giant slingshot of a thing which one them called a trebuchet. Say what? I thought that was a font type. It is, and here’s the story of how it got that name in 1996.

Trebuchet MS is a humanist sans-serif typeface designed by Vincent Connare for the Microsoft Corporation in 1996. It is named after the trebuchet, a medieval catapult. The name was inspired by a puzzle question that Connare heard at Microsoft headquarters: “Can you make a trebuchet that could launch a person from main campus to the new consumer campus about a mile away? Mathematically, is it possible and how?” Connare “thought that would be a great name for a font that launches words across the Internet”.

8 thoughts on “Creek Jots: January Leaves Like a Lamb”