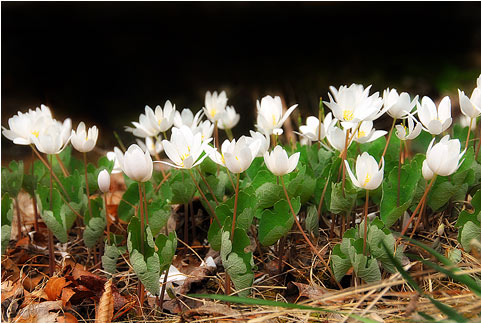 While the guys were here working on the garden fence, three dogs chased a wounded deer into the creek down below the bluff (just off the front porch) where two days later, the buzzards indicated its fate. You know the drill: grab the rope, a plank, the truck keys and the rubber gloves. Deer: even in death, they are an aggravation–though the dog thinks otherwise. Had a patient tell me about two four-yr-old Huskies that belonged to a friend of his. They died from eating a rotten deer carcass.

Better Bottles: Looks like Canada will prohibit bisphenol-A (BPA) from food and drink containers (including baby bottles!). Wonder how you tell if bottles you already have and use contain it? Ann’s solution: replace my hard plastic insulated coffee cups with stainless steel versions of same.

Nobody has to die. One fella is taking a quart of pills every day because he intends to live to witness and be the first one beyond the Singularity when computers will be smarter than humans and human memories and personality can be uploaded into avatars, then into immortal robots. A kook, you think? Hardly: Ray Kurzweil.

Mt. Rogers Rally: The Naturalist Rally this year (Konnarock, May 9-10) will hear Stephen Hopp as the Friday night speaker. His topic will be on bird songs, particularly on how digital analysis helps us understand more about the role of calls in bird biology. Hopp is the husband of Barbara Kingsolver–who hates it when she hears me say that on Amazon.com, Slow Road Home and Animal, Vegetable and Mineral are bundled together, both in the category Books>Entertainment>Humor>Rural LIfe where hers is #1 and mine is #47. Humor?

The Garden Fortress is looking rather spiffy, I hate to admit, but only because of the horror I had imagined. Pictures tomorrow, I promise.