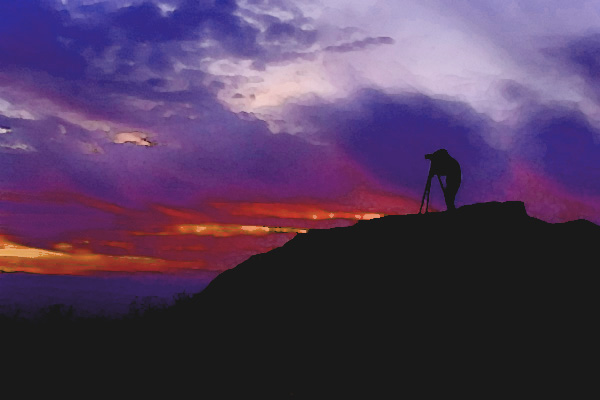 Seasons Greetings: High today in the 30s. This may mark the beginning of the 24/7 woodstove fire that will run from now until the January thaw, and beyond that until mid-March. I have enough wood laid by for the season, but barely a start on next year’s supply. I’m going to have to concede and buy the stuff someday. Even so, I’m glad we live where our fuel grows on trees.

Playing Possum: The dog headed straight for the branch just beyond the lilac out the back door, and in the dark, found, chomped and (Ann thought) killed a medium size possum before we had gone 20 feet on our last walk of the evening. Stay behind and put the carcass in the bed of the truck where Tsuga won’t find and eat it, she said. He’s not dead, I said. But I am an obedient husband (some would argue this point) and as she and the dog went ahead, I lifted the corpse by the fat-rat-tail to dispose of him. Yep. T’weren’t dead a’tall. Just playin’ possum. Had he struggled, the dog wouldn’t have stopped until Mr. O. Possum was subdued. He wiggled free of my hand and I was happy to let him go.

Bridge to Understanding: Did you see this? Anti-Bush is anti-American? What th’….

On the Grid: Does your electricity come from mountaintop coal removal practices? Check here and see.

Globesity: Paradox–that the previously malnourished are at increased risk to rush toward overnourished. It is a world-wide problem: fat people in starving nations of the developing world.

Image: from November 2005, my young photog friend Jonathan Kingston braces against a stiff gale for one last sunset shot from Buffalo Mountain. And I want to tell you: the Buffalo and all of the county has been a windy place the past couple of days. I could barely walk against it yesterday in downtown Floyd.