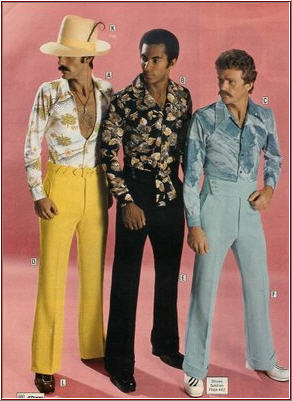 In April I will celebrate the second anniversary of my 30th birthday–an historic event which, at the time, hung heavy with the portent of passage from youth into the responsibilities of full adult life. Doubled now, another threshold looms. Near 60 and on the cusp of codgerdom, I’m inclined to look both ways in time before going on.

I will ask your indulgence to ramble. Isn’t that is how us old guys in our golden years are cast-maudlin, sentimental, all gushy and teary with nostalgia? I might as well play the part for a few minutes.

In 1978 we lived in Wytheville in the drafty, rambling house on Withers Road. Our daughter (who a few weeks back visited us from South Dakota with her two daughters) was five. Our son would be born in December of that year, and he, alas, will have his own milestone #30 to celebrate or lament later this year.

A few pair of button-fly bellbottoms hung in the back of my closet, but I was most comfortable in my Levis and plaid flannel. The floppy-collared pastel polyester leisure suits spawned by the Bee Gees, “Grease” and “Saturday Night Fever” that year were appalling even then. But by 1978, married-with-children, I was no slave to fashion or the top-40.

It had been eight years since the first Earth Day, a 1970 happening that coincided with my entry as a Zoology major to graduate school at Auburn. The energy of consensus and good will toward the planet was infectious and hope for a healthier, more sustainable world for our children ran high. The greening of America, then the world, was surely at hand! By 1978, I was teaching in the biology department at the Community College, wildflower field-tripping with the earth-children, stalking the wild asparagus, feeling the love.

Gas mileage was going up, CFCs were coming down, and Ohio rivers no longer caught fire. Computers made the cover of Time Magazine that year. Technology was going to make us more efficient, more globally integrated and cooperative–more informed, for sure. Wiser, even. Things were looking better in the Middle East; the Camp David Accord offered hope of new civility in that unsettled cradle of civilization.

Perhaps just being a healthy thirty years old in those prosperous times imbued us with a passion for positive change. There were slippery slopes in world politics, the environment and in our personal and cultural indulgences, sure, but there was also a confidence that collectively, we could overcome the devils of our day.

Even President Carter espoused ethical stewardship toward a sustainable future for all. Think globally, act locally. What could stop us? “Go home and love your family” Mother Theresa answered the next year when asked what we could do to promote world peace.

And in the end, I’ve found her words perhaps the best advice to give my son-and all our children-as they confront the demons and slippery slopes of their second thirty years.

Do as we say, not as we do. Be rather than seem. Think generations ahead. And never wear polyester.

We’ll check back with you in 2038 and pray you will have succeeded in those places where my generation has not yet learned well enough how to care through time for the earth and for each other.