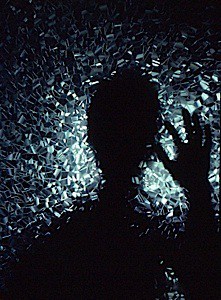 I heard from an old friend yesterday. She called me Freddie.

For the first eighteen years–no matter how long I live, it will be the first half of my life–that was who I was.

Hearing that name again, I know that something precious changed–if not broken then distorted, sadly bent so it no longer fit–when I left for college and, yielding to the assumption and pretense of maturity, I struggled and never quite succeeded to morph into Fred.

What ever became of the primordial Freddie all these years so grievously abandoned?

To hear someone dear refer to that part of me she remembers and I have forgotten, long smothered under the facade of adulthood, Lost Boy now at 60, bereft with pain of memories half-willingly abandoned, so very many others agonizingly simply gone–altered unrecognizably by change of heart beyond calling back…