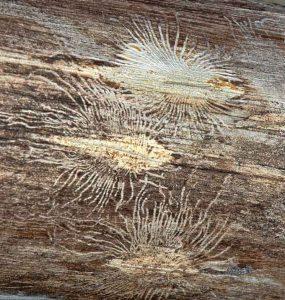 I am happy to be often stopped in my tracks by wonder, but I wonder what exactly that is.

I know it when I feel it (or mostly when I have felt it, too immersed in the object of that state to be conscious of it or to care beyond the minor rapture of the moment.)

Attention-awareness is part of it; and curiosity; and a tacit sense of once-ness in the passing of the object or idea or scent or gestalt of the moment of wonder. Moments of wonder are benchmarks of real-ization out of a life of rote routine, habit, Â and sensory numbness.

Wonder is a kind of deep-sight into ordinary reality around us.

[su_highlight background=”#d6eaed” color=”#191f5a”] Are you prone to wonder? What draws your attention and curiosity and won’t let you go? [/su_highlight]

I like the wayÂ Caspar Henderson has put it:

…wonder is, among other things, an act of deep attention. As I try so show in the book, it’s a radical openness in which we think clearly and feel good, and connect to phenomena or people beyond ourselves.

When one has these moments, it makes one think what more is going on here? What’s the context in which this is happening? Why, as a briefly-alive, historically-situated being, why am I wondering at this rather than something else?

What role does this experience play in my own sense of what makes the world meaningful? Where does that come from? Where is it going? In moments of wonder–this is my experience–you’re aware of your own ignorance, your own limits, your smallness, your mortality, and, also, I feel okay with that.

The best books on Science and Wonder – a Five Books interview https://fivebooks.com/best-books/science-wonder/