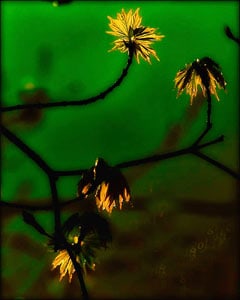 So tell me: when you come back from a high school reunion–10th, 20th, and thereafter, what is your sense? How are you different? Are you overwhelmed by the change or gratified by the solid and timeless bond to people and places and looking forward to the next one?

I have been to my 10th, 20th, and 35th. Even the last one was fun while it lasted. In our early fifties, most of us could stand without support, make complete sentences, and a few, even dance the body language of our times, given good choices by the DJ and the bartender. And many, even then, were sore the next day.

I came away with contacts in 2001 that came with promises to keep in touch. We didn’t. And somehow, touching antennae once every decade or less really does not offer much to say at first encounter beyond “yeah, we had a gym class together not long after the last Ice Age.” Then what do you say?

I’d be curious to know what percentage of the 100 attending survivors (out of our class of some 500, I think) still live within 50 miles of “home.” I left for college less than three months after graduation, and never really came back, though we lived in B’ham a couple of years to birth our first-borne and make enough so that, when the time came, we could buy our first money-pit of a house in Wytheville in 1975. Virginia has been our home ever since, saving our diaspora into NC for eight years before returning to Virginia for good in 1997.

I’m sorely disappointed that the Facebook page failed as a platform for bridging the time and distance between me and my classmates. Have your reunions successfully used social media (or even email programs like MailChimp and Constant Contact) to generate conversation and exchange before your reunions?

Ah well. Go, Colonels! But where our colors gold and white or gold and green, or…? There would have been a lot of such trivia exchanged, just to get back into the costumes we once wore, the who’s we once were.

It would have been so simple for those who cared to, to put up a bio, a gallery, a blog link, so after mentioning the gym class, the slightly familiar face/name and I could close the distance by way of common points we’d discovered on the shared page of links. That didn’t happen. Can’t fault the folks who pulled this event together; there just wasn’t much energy that way among the rank and file.

Or then again, maybe it’s best NOT to know what to expect.

We’ll tour the school on Saturday, and I know you can’t go back. I know that my special memories of stairwells, classrooms, windows, of smells, and the peculiar acoustic echoes of those gloomy, vaulted hallways will unique to me, in my context of specific memories, special in that certain way only to me, though the impulse will be to bring others into my recollections, and me, into theirs.

I envision myself, this time around, more often refraining from than indulging in attempts to share. I don’t know why that is exactly. I suppose I feel a certain risk of having significant personal revelations be made trivial and superficial by any attempt to reach a convenient stranger. So I imagine myself removed, detached, more than I’d choose–in this crowd, on the Friday and Saturday of my 45th high school reunion. But then, maybe by some quirk of conversation, I’ll make contact after all, here and there–even possibly with conversations or emails as promised.

In this daydream, what I really wish is that another weightless and invisible me could hover up in the corner behind the DJ with a journalist pad, making observations of what the me on the floor was thinking, feeling, wondering, struggling to remember. Or to forget. Will there be joy in the nostalgia? Will peace descend amidst the melancholy celebrations? I’m hoping mini-Me will take copious notes!

Nature’s first green is gold,
Her hardest hue to hold.
Her early leafs a flower;
But only so an hour.
Then leaf subsides to leaf.
So Eden sank to grief,
So dawn goes down to day.
Nothing gold can stay. ~ Robert Frost

2 thoughts on “Nothing Gold Can Stay”