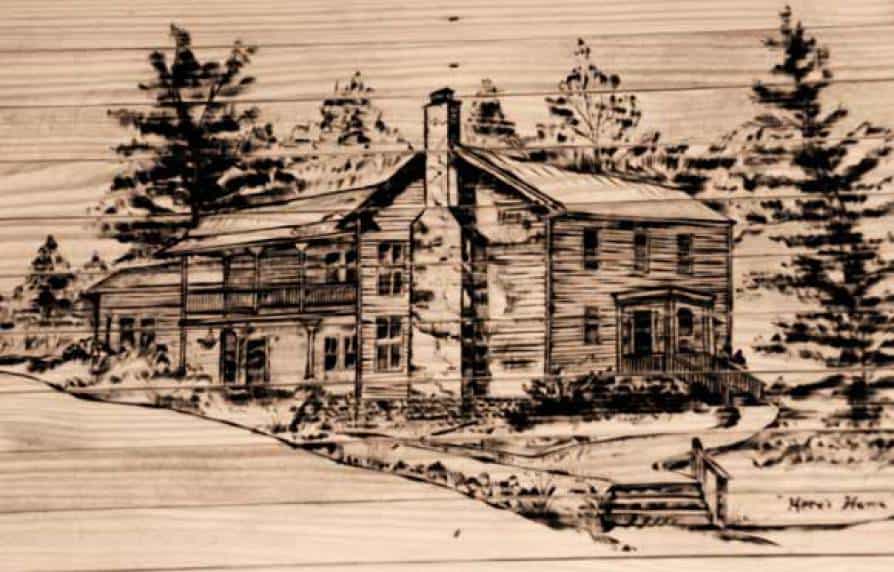 Ann and I watched as the delivery truck lowered the burden at the back door, just as it began to rain. Then there it sat: a plastic-swaddled pallet of 28 cardboard boxes, 48 books per box: my books, finally born, real and shrink-wrapped in threes. Very quickly the first case was opened and a few books spread out on the table in front of me.

And in that first hour, I knew both the beaming joy of a new parent and the utter terror of someone who has just realized he may have bought the Brooklyn Bridge.

I do not exaggerate the ambivalence or the extent to which, on that first day, I was not quite sure what I had done. Or why. Or of what to do next. But mostly, that moment brought relief. I had never seen more than a half-dozen proof pages of the book before April 26. In this leap of faith, this was the very first time I held the completed cover-to-cover book in my hands, and I could almost weep I was so relieved. They didn’t look cheap, didn’t feel slick-quick or second-rate like some of the earlier “author subsidized” books you see around. But now what?

In that first hour on a rainy April afternoon, I began getting books ready to mail to those of you who had more confidence in me than I had in myself. Dozens had sent PalPal orders and checks even before the book reached final draft! On April 27, I carried three heaping boxes of books to the post office with satisfaction and a sense of completion, finally having accomplished a goal that for almost three years I suspected was nothing more than a fantasy, a self-deceit, a pipe dream.

But more than ever, I was naked before the world now, exposed and public. To have invested so much time and so many dollars in this project would let the world know that in my opinion, there was something here worth the effort. The book seemed a kind of boast and I was both embarrassed and proud.

Was this what they meant by “vanity press”? Was Slow Road Home the ugly baby only a father could love? I had bared my soul in some of the passages now between the covers of this book, made myself vulnerable in ways I had not felt with the free-and-easy weblog and its forgiving and tolerant audience of readers who just blew off the many times at bat I struck out as a new writer.

Yesterday, I received word that Forever Resorts (in Arizona) is interested in the book for distribution at their facilities along the parkway. This includes the store at Crabtree Meadows, but most importantly, Mabry Mill here in Floyd County. The Park Service will carry it at other concessions like Peaks of Otter and Rocky Knob Visitors Center (also here in Floyd County.)

Some few of you will appreciate how formidable is the task of getting a self-published book “out there”. This is beginning to happen, and it has taken a full year.

Why does this matter to me? It certainly isn’t about the money. I could add one day a week in the clinic and double my year’s income from the book.

I think it’s the fact that, when the memoir does find resonance in a receptive and appreciative reader, there is the satisfaction that my message and story has been heard. Something at the gut level has been shared:

Slow down. Open your senses. Appreciate the ordinary. Suck the marrow out of life, as Mr. Thoreau encouraged us to do. Tell your story. Say YES To the beautiful parts of this world just outside your door. Care.

Thanks to all who have shared this journey with me, some few since the very beginning, and also at anniversary this week: Fragments from Floyd is five years old! And here we go!