↓ Skip to Main Content
Home › Reflections › Where Hate is Strong

Where Hate is Strong 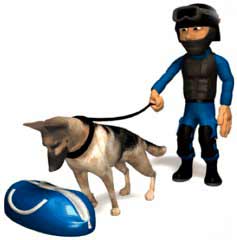 My 80-something mom is here for the week. Inbetween iPad training sessions, we’ve been talking a lot about the “old times”–imagine that.

She grew up (and still lives) in Birmingham and remembers the same environment your parents will describeÂ  before WWII. There was less stuff then (a single small closet and one drawer held everything you owned). Wants didn’t outstrip needs by much, and that was okay. Entertainment almost never involved a switch or button or wall outlet, and more often took the form of home made story telling or a back yard picnic or front porch afternoon.

Back then, a small girl could ride her bicycle between neighborhoods or take the bus across town and walk eight blocks home at night and feel–and be–perfectly safe. Society at large provided homeland security without uniforms or side arms where it is not able to do so today without an army of watchers.

Why? I’d really appreciate your thoughts. Why have we as a people come to live in a climate of fear–real or imagined–so that every grammar school and shopping mall has its own fleet of policemen?

What are the social, psychological, political and moral changes that have brought about the increase in broken homes, crowded prisons, addicted youth, angry voters and a fearful populace whose children aren’t allowed outdoors for fear of…

Why do we live in a time when hate is strong and mocks the song of peace on Earth, good will to men?

Here’s a place I’d be pleased for insights beyond mine and my mom’s, or links to pieces that consider this matter in a well-reasoned way. This comment thread (or email) will be helpful for three weeks as I try to wrap my head around this issue–which seems to me especially sad at this time of year. How do we turn this ship around?

FOOTNOTE: We at one time considered naming our future daughter Noel, just for the novelty. Noel First. She would have hated us especially at Christmas time, don’t you think? In the end, we called her Holli, more for botanical than seasonal holiday reasons. We came later to say we more often felt the prickles than saw the pretty red berries. She’ll be here with her two daughters in two days! Let the wild rumpus begin!

14 Comments on “Where Hate is Strong”