↓ Skip to Main Content
Home › Travels › Can’t Get There From Here: Eastern Arkansas

Can’t Get There From Here: Eastern Arkansas 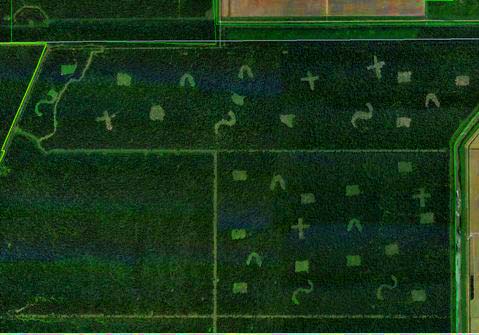 We had intended to come back the way we went — Knoxville Nashville St. Louis Columbia. But instead, we detoured four hours south to West Plains Missouri where Ann’s family lives for a brief visit over lunch, and then home by way of a route plotted at the last minute.

Our proximate destination was Jackson, Tennessee but as the saying goes, you can’t get there from here. Southern Missouri is rolling hills of former Prairie; northern Arkansas holds low mountains, if not the Ozarks proper, and was generally not prosperous and more like the western extension of the Appalachians in the worst sense of that term. Immediately upon reaching the foot of the mountains, we were for 200 miles traveling in the floodplain of the Mississippi River.

I had no idea how much of eastern Arkansas and western Tennessee is planted in cotton, soybeans, and what look like rice. I tried to imagine what the groundwater situation there must be like, with the twin perils of the groundwater pumped to excess to flood the fields, while at the same time returning from the surface to the water table with millions of gallons of herbicide. Cotton is notorious for the large quantities of poisons it takes to successfully raise a crop. We must’ve seen 1000 compressed cotton bales that were 8 x 8 x 16 waiting for trucks to pick them up to take them to market.

Along the way, we passed a sign to Reelfoot Lake. I knew there were something of significance about that landmark, and had to look it up after we got home. The lake, and the town Hayti that we drove through are associated with the historical earthquake of 1811 resulting in massive movement in what is called the Madrid seismic zone. It was the largest quake ever recorded in North America, and rang church bells as far away as Richmond Virginia.

Of course I had to explore all of this in Google Earth after we got home. In that general area, I stumbled upon a shallow lake that I thought it first might be real foot, but instead it is Â a swampy shallow body called Big Lake. I have no idea at all what these odd shapes are towards the north end of the lake, and after doing a half-hour research, I’m still no closer to an answer. Anyone?

2 Comments on “Can’t Get There From Here: Eastern Arkansas”