His grown daughter won some money–not much, especially after taxes. But she knows that if it sits in her bank account very long, she’ll buy something superfluous and ultimately not all that satisfying.

So she calls her father (who had read about her jackpot on her Facebook page.) Before she tells him why she called, he jokes “I read about your winnings. Now you can afford to put us in The Home with all the cat food we can eat!” 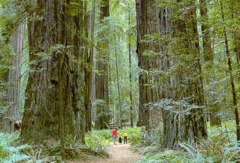 “Yeah, the unexpected money is why I called. Let’s you and me take a trip! Soon!”

She had taken her mom to New York City a few years back. They’d gone to a couple of plays and seen the sights. Christmas, the mention had been made of a father-trip, then as quickly disappeared below the waves of holiday busy-ness. But with this windfall chunk of change, now, it was not only possible, but imminent, and decisions had to be made.

Where should they go? There are so many places he’s never been. It would be so easy to blow him away with the natural landscapes he’s read about all his life but never expected to see. He would take his camera and his binoculars; his field guides and his laptop for writing. He’s so rarely traveled with any intent to enjoy the experience. Vacation is a word he’s never used for any time spent away from home. This would be about as close as he’s likely to come.

And he’s asking for suggestions. The sky’s not the limit, but plane tickets, a few nights’ lodging, a dozen meals and some park fees and such are in budget. May is the likely month.

Send them someplace nice. Bring them back with indelible memories of the American landscape–or at least as much as can be seen for one winning poker hand in Deadwood. The old dude needs to get out and see this good earth he so often writes about before he settles back in his ergonomic easy chair to travel in Google Earth reality.