Even though we were captive to the heat for the whole time we were here in St. Louis, we had a very good visit with the family and everything is going smoothly as we prepare to depart in a half hour.

Last we heard, we still have no electricity at the house since Friday night at 9 o’clock. We’ll deal with it I suppose. There are a lot of people in much worse predicaments than we are in.

You can’t help wonder what future weather crisis awaits us between now and in the end of hurricane season.

I can’t quite decide whether I’m glad we were away while the power was out or regret not being there to deal with the situation ourselves. We have some mighty good neighbors who have helped out while we were away.

I don’t know how long it will be until I can actually use the computer, charge my cellphone, turn on the floor fans, use the microwave, or stay up past dusk and have light other than candles.

Our weather improves quite a bit by the
middle of next week. I hope the same thing is true for those places where the heat is so dangerously hot and air-conditioning is literally a matter of life and death. 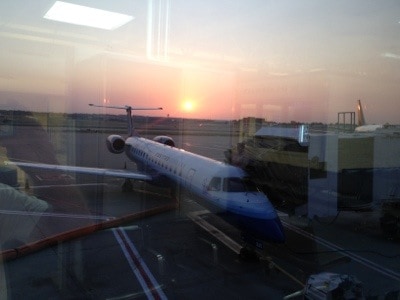