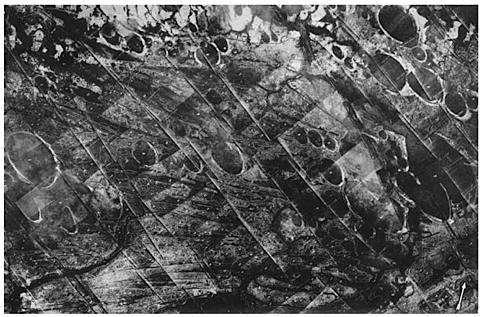 Â I’ll tell you a little more about the “terraforming” image from last week: they are not on a planet in a galaxy far, far away. They are much closer than that.

This image is said to be the first, taken from a plane in 1933, that saw these rounded impressions on the ground and gave rise to speculation as to their cause.

I’ll post one more teaser this week before telling the whole story.