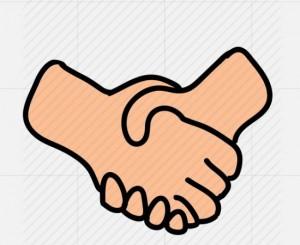 With friends and relatives in hospitals this month, I paid attention to this figure I saw recently: Nearly 2 million Americans per year developÂ hospital-acquired infections (HAIs), resulting in 99,000 deaths — the vast majority of which are due to antibacterial-resistant pathogens.

If antibiotics are no longer our best defense against microbes once they have entered our bodies, we will just have to keep them out.

And it’s a little embarrassing to say that the modern way to do that is the very old-fashioned habit of washing our hands. Keeping the invaders outside the castle is especiallyÂ helpful when we know they’ll wreak mortal havoc if they get past the gates.

Everywhere you turn these days you find people killing germs with pocket sanitizers. You might carry one with you in your pocket or purse. They are even being given awayÂ with company branding instead of yesterday’s pencils or notepads from your insurance company or bank.

But is this an effective way to head off the next pandemic or does this solution simply give us a false sense of control over pathogens on the loose?

Turns out, alcohol-based sanitizers have their place.

â–ºÂ Alcohol kills quicker — in as little as 15 seconds while non-alcohol products can take 30 to 60 seconds. And if it takes up to four times longer for the alcohol-free product to work, the user is likelier to have shaken hands, picked up food or touched such surfaces as door knobs and escalator rails before the germ kill is completed, thereby spreading bacteria.

â–ºÂ Alcohol-based sanitizers are less sensitive to these other ingredients and is less likely to be inhibited by them.

â–ºÂ Alcohol has the most credible and comprehensive scientific body of evidence while non-alcohol agents have not been literally “under the microscope” for nearly as long or undergone such rigorous and conclusive research.

On the other hand (so to speak), germ-conscious people have to realize alcohol sanitizers can’t protect them from every possible pathogen. Norovirus–the Cruise Ship bug of recent ill-report– is not killed by alcohol.

If you have the time and place to do it, a thorough hand-washing is still a good choice of action. But if you can’t scrub with soap and water, having a pocket dose or two of hand disinfectant (at least 60% ethanol) is a cheap and convenient alternative to have with you in airports, gas stations, churches or the grocery store where hands touch common surfaces.

The ABCs of Hand SanitizersÂ from Pharmacy Times