Health Care is NOT Recession-Proof 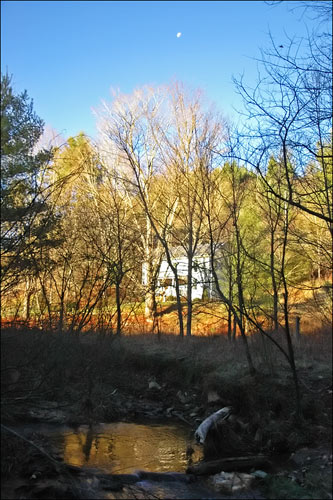 I’m home on a Tuesday, one of two usual work days. The census was already falling–the peaks and troughs not clearly related to any one thing except perhaps after an ice storm sends wrist fractures and other winter traumas our way in January. So with things slowing down, I was looking ahead at less than full days that typically consist of my seeing eight patients at the physical therapy clinic.

But the scheduler’s email yesterday apologized: there were only FIVE patients originally on the schedule for me today–worth the 18 mile drive over; I’m paid by the hour. Three canceled; the other two were picked up by another therapist. So I stay home and make nothing–at a time when I’ve been thinking if anything, I need MORE work–another day a week at least–to offset the stupendous loss of our nestegg, now hummingbird-sized and not enough for our so-called golden years. The metal ahead looking more like lead.

People still have needs for therapy. But there’s the rising co-pay. There’s the increasing reluctance of insurance policies to approve enough treatment visits to be efficacious. And there’s the cost of transportation (per gallon rates in a temporary lull for now). So a spate of cancellations in good weather is probably a wave of the future, and I’d best be thinking about a Plan B. Something done from home would make the most sense. Exactly what, I have not the foggiest notion.

So, with rain expected later this week, I’m out to the woods with the chain saw to begin working on next year’s firewood stacks. I figure a truck load of wood for the day is a pretty good return for effort, at least as satisfying to see as an improved gait pattern or normalized range of motion or stronger muscle group or improved posture.

Will I work today? Yup. Will I be paid? Yeppers.

3 Comments on “Health Care is NOT Recession-Proof”