fred Posted on July 11, 2008 Posted in Uncategorized No Comments 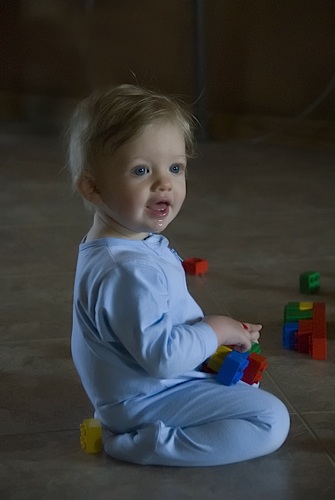 I’ve posted pieces of this tale on the blog a few weeks back, but not the whole story recently published in Road Less Traveled in the Floyd Press. So in the interest of using Fragments as a repository replacement brain and archive, pardon me while I scrapbook this harrowing tale of world travels to the Land of Grandchildren.

Be safe!” they said. “Stay healthy” friends and co-workers wished us. What more could two infrequent travelers hope for than these blessings? But a grandparent is promised neither, and traversing three thousand miles for “in loco parentis” posed unknown risks without any guarantees.

At the Roanoke terminal, the teeny Case pen knife that had traveled acceptably on previous occasions breeched national security. Should I be surprised? Two weeks earlier at a Canadian airport, a tiny solid handgun charm on a girl’s necklace was seized in the interest of Canadian defense. Could there be such a thing as too much safety, I wondered?

Surely not when it comes to our children or grand-children. Child care: piece of cake. We’d been there, done that for years with two of our own. Seasoned Toddler Security Agency pros that we had by now become, what could be so hard about maintaining child health and safety?

I’ll tell you what: baby gymnastics and perpetual motion. Nine month old grand daughter Taryn, you see, is not one of those decorator infants that you place tastefully in an un-accessorized corner of the rug with a Fisher Price toy and a sippy cup of juice and reposition slightly every fifteen minutes for effect.

Since the last time we saw her just six weeks ago, she has acquired the ability to lunge. She enjoys this maneuver for the wonderful startle reflex it evokes in the Big People. One totally unanticipated sideways hurtle on the couch for instance sent her headlong into her sister’s bowl of chocolate-syrupy ice cream. A mere yellow alert, a wet wash cloth solved the momentary catastrophe. We’ll look back on this half-gainer some day and laugh.

Second day on duty, it was my watch. Taryn sat with her motors revving at her usual high idle in the high chair at my elbow. I turned my attention for five seconds to her much-neglected older sister Abby who had been on the short end of our attention. Could we go to the water park, please?

I began to answer when out of the corner of my eye and in less than a heart palpatation the baby lurched suddenly up and back out of the chair. Big Angels (and pediatrician reassurances): glossing over the half hour of red alert and the rest of the day at orange, baby Taryn had sustained not so much as a bump on her head, and who could possibly see our new gray hairs among so much already in place?

By day three it was Abby’s turn for Dumpa’s undivided attention. Let’s go out to the swing set in the six foot tall iron-fenced backyard (so sadly sterile by Goose Creek standards, but outdoors, nevertheless.) She and I plucked and dissected some wildflowers through the fence as the cat stalked something invisible in the high weeds just beyond. Abby went over to investigate through the fence.

“It’s a snake!” she shouted, screaming at Maggie the cat to get back. The buzzing sound let me know it was not the same garter snake we’d seen earlier. The cat used up one of her nine lives, struck at and missed by the fangs of a three foot rattler before we could find a rock to throw–at the stupid cat–an animal for whom a little more fear would have meant a lot more security.

Our travel terrors go on, I’ll spare you the details. Suffice it to say I was finally feeling that sense of safety and security our friends had wished for us as we turned at last into the driveway back home very late on the night of our return–and almost hit a deer.