Lorem Ipsum ~ Which, Being Translated… 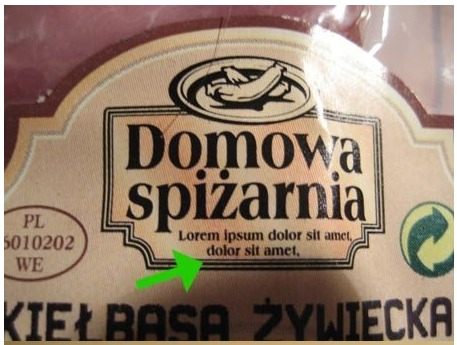 Lipsum: Its not just for breakfast anymore!It is the universal dummy text. The brown fox jumps over the lazy dog goes Latin-ish. Sometimes I feel like blogs are nothing more than that at times, set to more or less standard American english. Blah blah blah I’m still alive blah blah blog. Lorem ipsum iddy bittius bugg en plantibus. Put that as caption to an insect photo on the summer morning blog post and not many would notice. But that is not my point. My point with this small space and thin slice of your time is to ask if you’ve ever questioned the source of the “dummy text” so universally inserted as stand-in font and text in otherwise blank template starter pages. I ask because, frankly, until this morning, I’ve never known. Now I do. Turns out, first, this “greeking” text it IS Latin, sort of. Secondly, by itself, the passage usually given is not so meaningful as the words are pulled (perhaps some time in the 1500s) in snatches here and there from “The Extremes of Good and Evil” by Cicero–sometimes PARTS of words (lorem is part of the real word dolorem, for instance) used instead of the native language primarily so the viewer won’t be distracted by content and pay attention instead to font, layout and overall appearance. Apparently, Aldus PageMaker brought the pseudo-Latin prominently into the modern era as a placeholder text for its page layout templates. A bit more, here. And get your Latin mottos, love quotes and legal phrases here. Caveat emptor and habeas corpus.

2 Comments on “Lorem Ipsum ~ Which, Being Translated…”