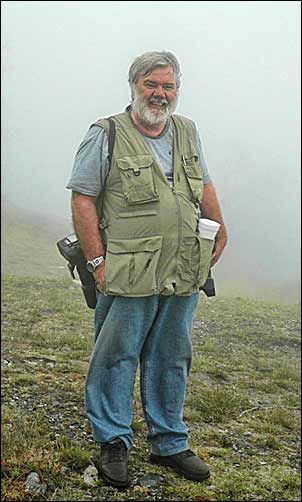 Even following Â on Doug Thompson’s Facebook page, it’s very difficult to find out much information, even though many of his friends know that something terrible has happened. For those of you who don’t go to Facebook and are noticing that Doug has not updated his blog today or for the last several, here’s the situation:

Doug was riding on his Harley from Roanoke back to Floyd County Friday night. He hit a cow that had strayed onto the highway (in the Back Creek area) with his bike, probably going highway speeds, and likely if it was a black cow, suddenly there, with no warning to brake.

Doug was seriously injured in this accident, and has been and will be hospitalized in Roanoke, the full Â extent of his injuries unknown, but they are critical.

I’m sorry to be the bearer of bad news, but for those of you who know Doug either as a blogger, a journalist, a biker or a friend, your prayers and support are needed now and in the months ahead. We need this man back among us, afflicting the comfortable, drawing lightning out of clear skies, telling tales, living real-life stories or making them up as he goes, and putting it all down on film.