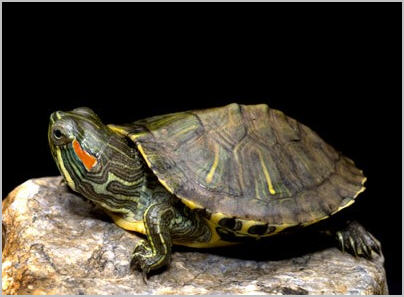 At least 103 cases have been reported since May 2007, and many of those infected were children under the age of 10, the CDC said.

“Although most reptiles carry salmonella, small turtles are likely to be handled differently than other reptiles,” according to the report. “They thus carry a greater risk of transmitting salmonella to children.”

The report cited children who handled the turtles, kissed them, even putting the reptiles in their mouths.

Apparently even snakes are likely to harbor this same bad bug, so sorry,Â  no more letting your pet rat snake sleep in the bed between you and hubby anymore.