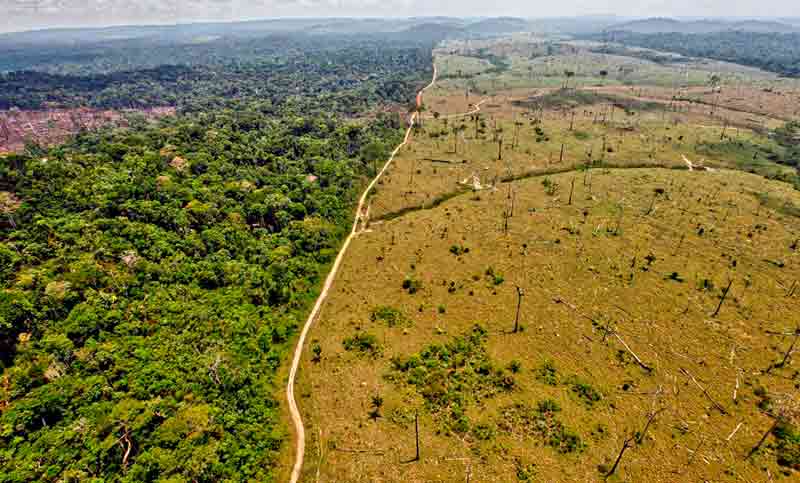 Found in my collections of snippets, a quote from Wendell Berry, one of the few wise men of our era, in my opinion:

To destroy a forest or an ecology or a species is an act of greater seriousness than we have yet grasped, and it is perhaps of graver consequence. But these destructions will mend. The forest will grow back, the natural balances will be restored, the ecological gap left by the destroyed species will be filled by another species. But to destroy the earth itself is to destroy all the possibilities of the earth, among them the possibility of recovery.

And adjacent to that quote and I think from this article, comes this statement about land use changes (forest conversion) in the modern era:

This data supports ONLY the notion that from the air, more acres are in non-pasture non-asphalt than in 1910. This is deceptive.

Many of the trees that exist in today’s “forest” (in fact almost all) will live only about 15-20% of their life expectancy if undisturbed. They will not produce “old growth” or even middle-aged growth for that matter.

Consequently, what we seeÂ from the air is a stand of trees (vast numbers in this count are even-aged pulpwood pine trees in laser-straight rows.) It is only vaguely a forest compared to that landform as it existed four hundred years ago.

The biodiversity of Earth has drastically fallen largely because the global forests, north and south of the equator, in which species evolved no longer exist. The water holding capacity, the oxygen producing abilities, the soil building process andÂ especially for our times, the CO2 holding capabilities of today’s small-tree-populated Eastern lands are all homeopathic dilutions of the services that true forests once achieved for the planet and its living communities.

Going forward and in my dreams, we rededicate our species to live in peaceful coexistance with those living systems that allowed Â our species to prosper and learn, create culture and art and science and technology.

If we don’t, all those marvelous humanities our kind has created and enjoyed for a few brief eyeblinks on the timeline of Earth will become a faint and fading trace record of yet another vanished civilization that thought, somehow, it alone was exempt from its debt to cosmic biology (insert divine providence or sheer random good luck here as your understandings would have it.) We are beholding, no matter, and our arrogance to the contrary is not to our favor.

3 thoughts on “Seeing the Forests”