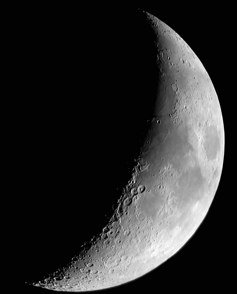 Two quick links today, then back to work.

First, grab a cup of coffee, click hereÂ at the NASA site, and see the year’s moon cycles spin before you, month by month. Well, not exactly. The sun that illuminates the moon does not spin. The Earth spins every 24 hours. The moon, not so much.

Secondly, a reluctant statesman and armchair philosopher set the world spinning back towards a saner, healthier and more sustainable orbit in 1978 with his book, the Unsettling of America.

We were in the audience in about 1985 when Wendell Berry spoke at Emory and Henry College down the road from Wytheville.

And apparently I’m not the only one who has paid close attention to what he’s had to say since. An upcoming symposium in KY will focus on Berry’s message from that early book, and how those principles and values can translate into localized food systems in today’s world–a movement well underway, and perhaps first and most eloquently articulated and hoped for by this gentle and genuine farmer from Kentucky.

Bill McKibben will be among the speakers.