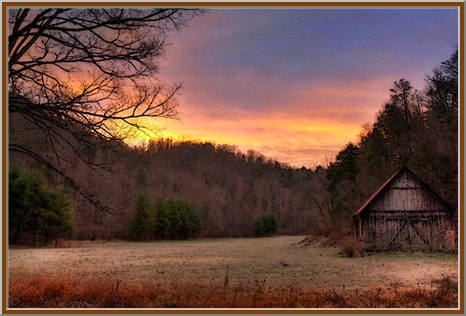 I won’t try to finesse this. I’ll just tell it straight out:

Given a continuance of what passes for good health and wellness of joint and limb and a smiling-on by the muse and the nymphs and elves who I trust to save me from my general lack of creativity and drive, I’ll have a second book in print by summer. Maybe by mid-spring. Who can tell.

I share this here because, even though there are several orders of removal today between this blog and its irregular and fleeting cadre of readers and the close-knit group of 2002 through 2005, it was here that the writing habit took root, and here that Slow Road Home was born.

With that book, more than 30 blog readers contributed to one degree or another as editors, giving everything from exacting opinions about comma placement to wholistic impressions of the book in toto. It was a collective work, really, born of a community of readers I felt I knew and who knew me well enough to be frank and supportive at the same time.

That was then, this is now. I don’t have so many I can call on to read, though I’ve farmed out three of the nine sections thus far to local friends I think might take the time and care to read 8000 words in the section they have before them.

I lack my previous mentor for InDesign, and will call the Media Center at Virginia Tech shortly to see if they can assign me someone to save me from my ignorance when bogged down in the inevitable cul de sac I’ll soon find my self mired in.

So I’ll tell a bit more for those who might care for such as the next weeks and month or two come along, finding occasional need even with this immense project to blog here from time to time.

Now, I’m thinking about a cover image for the book. Folks seemed to have appreciated the cover of Slow Road Home and since I have so many pictures of the barn, I may start there for inspiration.

In a somewhat advanced fetal state: What We Hold In Our Hands: A Slow Road Reader.